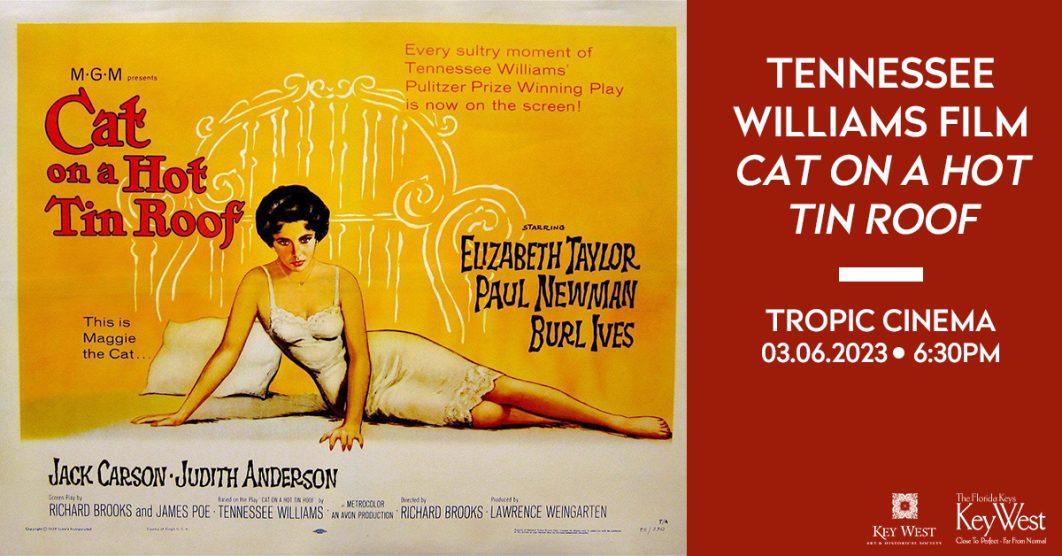 Cat On a Hot Tin Roof (1958) is the powerful, highly-charged, moving story of a neurotic, dysfunctional Southern family with its rivalries, tensions, and avarice. Its provocative screenplay by Richard Brooks and James Poe was adapted from the Pulitzer Prize-winning play of the same name by Tennessee Williams. [It was Williams’ second Pulitzer Prize win.] MGM’s posters proclaimed: ‘ALL THE SULTRY EXPLOSIVE DRAMA OF TENNESSEE WILLIAMS’ PULITZER PRIZE PLAY IS NOW ON THE SCREEN.’

The film, one of the top ten box-office hits of its year, was honored with six major Academy Award nominations, including Best Picture, Best Actor (Paul Newman with his first Oscar nomination), Best Actress (Elizabeth Taylor with her second of four consecutive nominations), Best Director (Richard Brooks, who had replaced George Cukor as the film’s original directorial choice), Best Adapted Screenplay (Richard Brooks and James Poe), and Best Cinematography (William H. Daniels) – but it failed to win any awards. Curiously, Burl Ives was nominated and won an Oscar in 1958 as Best Supporting Actor in The Big Country rather than for his performance in Cat On a Hot Tin Roof. The play was originally directed by film director Elia Kazan, starring Ben Gazzara, Barbara Bel Geddes, Burl Ives, and Mildred Dunnock – with Ives as the only one reprising his role in the film version.

Because of strict censorship Production Codes in the late 1950s at the height of Hollywood’s concern about film content, all references to homosexuality and four-letter words were deleted, watered down, or obscured from the shocking, original play, and the ending was considerably changed from the original Tennessee Williams play.

Major star Elizabeth Taylor was deeply affected by the tragic airplane crash death of her husband Mike Todd, only a little over a week into the shooting. Her role was as the passionate, sexually-frustrated, feline Maggie (“The Cat” in the film’s title) whose advances and lustful sensuality are thwarted by the unloving temperament of her alcoholic, injured, impotent, and apathetic husband Brick (Paul Newman) who is still suffering from the suicidal death of his (homosexual) friend Skipper, and also has suffered a broken ankle.  The action occurs on the occasion of the 65th birthday of ‘Big Daddy’ Pollitt (Burl Ives reprising his stage role) – the patriarchal plantation head (who is secretly suffering from terminal cancer), when the greater Pollitt family gathers and inevitably quarrels – greedily – over the granting of the expected inheritance. 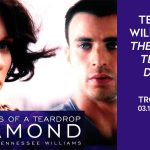 Tennessee Williams Film | The Loss of a Teardrop Diamond