The Key West Museum of Art & History will celebrate the closing of its seminal exhibit ‘Key West 200,’ the first major exploration into 200 years of Key West history and culture, on Wednesday, November 30.  The celebration is a free community party from 5:30 p.m. to 8:00 p.m. for visitors of all ages to come together and explore the museum and its various displays.

“The response to ‘Key West 200’ has been extraordinary, and it’s only been possible thanks to our incredible visitors, supporters, donors and partners,” said KWAHS Curator & Historian Cori Convertito.  “This Key West 200 party isn’t an end; it’s a beginning stage in our drive to share our history, culture, art and traditions with the rest of the world.  Several other milestones are on the horizon including the bicentennial of Naval Station Key West and the incorporation of Monroe County”

The closing party begins at 5:30 p.m. with live music and a cash bar on the museum’s forecourt with friendly art- and history-inspired hands-on crafts.  A special surprise will be unveiled in the exhibit that you won’t want to miss!

The exhibit highlights Key West’s people, culture and community beginning with the settlers and government officials who arrived on this remote island in early 1822.  It features rarely displayed artifacts that tell the story of the people, industries, migration, culture and architecture that shaped Key West over the course of two centuries.  Divided by decade, the exhibit emphasizes many of the significant moments and people that have influenced so much of what we celebrate today.

“In essence, Key West’s history begins very much like other traditional small towns dotting the country.  The distinction between our island and other small towns, aside from the remoteness, is that once their local industries plummeted, they suffered long-term consequences with many residents relocating in search of fresh opportunities,’ says Convertito.  ‘Not Key West.  Residents have endured several industry collapses during its two-century history, but they regrouped, dusted themselves off and found the next successful business.  Even now, in a way, the island continues to reinvent entirely like its ancestors did; this is owing to the persevering people who call this island ‘home’.”

‘Key West 200’ is made possible by a select group of sponsors and supporters: the Helmerich Trust and the Florida Division of Cultural Affairs. 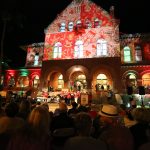 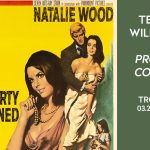