A first ever documentary on the history of Key West

Key West Art & Historical Society, filmmaker Michael J. Kirk and Tropic Cinema will be hosting a screening of the first ever documentary on the history of Key West made to celebrate the bicentennial of Key West’s permanent settlement. The documentary is titled “Key West: 200 Years of History & Culture” and forms an important component of the island’s bicentennial in 2022.

Then the audience will be treated to the 120-minute Key West documentary that explores the rich and valuable history of the island city through images, interviews, and historical narrative – a story that will be brought to life on the screen. Starting with the Native American inhabitants, the film considers the many years of successes, series of migrations, hardships, and natural disasters that have shaped this incredible and resilient city during the last two centuries.

Founded in 1822, Key West (Cayo Hueso) has played a vital role in American history and global history. The story of this town/community is truly indelible as are the great people, who against all odds built this Island paradise for us to enjoy today. The narrative of the film will be told using impactful and colorful interviews by historians and people who have spent many years in Key West and, in some cases, multiple generations.

These stories are woven together through historical events and periods. The producers of the film have been given access to invaluable historic archives that are rarely seen, which will add a sense of ‘wow’ to the story. Incredible graphics and animation will move the film along to help all ages truly appreciate and understand this story. 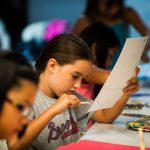 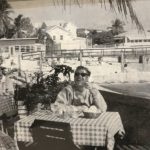