Aside from the warm, humid climate which was ideal for maintaining a pliable tobacco leaf, a necessity for excellent cigar making, Seidenberg was able to lure immigrants with affordable housing, a neighborhood environment and gainful employment in the cigar trade. Before long, other cigar making factories opened in order to capitalize on the talents of cigar artisans. Enterprising manufacturers either moved their entire production to Key West or opened branch factories. By 1873, there were a total of 15 factories in Key West which employed over 1,200 workers.

By 1876, Key West’s 29 cigar factories were producing a staggering 62 million cigars annually. With a population of more than 18,000 people in 1890, Key West became the largest and wealthiest city in the state of Florida and one of the most influential in the nation. That year, more than 100 million cigars were handmade in Key West.

Despite the financial success of the cigar industry on the island, the inescapable progression to the unionization of workers and opposition from factory owners eventually drove many of the largest cigar makers to Tampa. The industry began manufacturing machine-made cigars that could be sold for a nickel, then the Great Depression hit in the 1930s. The expensive Cuban cigar simply could not compete. The heyday of the island’s cigar making was over, although the legacy and cultural impact of the cigar industry and its workers remains a vibrant part of modern Key West. 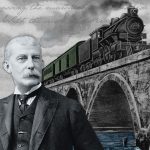 VIRTUAL Happy Hour with the Historian | Building the Overseas Railway