The Academy Award-winning director of “Spirited Away,” “Princess Mononoke,” and “My Neighbor Totoro” goes on a new adventure in this behind-the-scenes documentary with a 100% Rotten Tomatoes score.
In 2013, director and animator Hayao Miyazaki suddenly announced his retirement at the age of 72. But he can’t shake his burning desire to create. After meeting a group of young animators who specialize in computer graphics, he decides to make a short film using CGI to explore new expressive possibilities.
Can a hand-drawn animation master who thinks he’s past his prime shine once again? Will the short film he releases change the future of Japanese animation? The creative process proves so difficult that he almost calls it quits — and “Never-Ending Man” documents the tremendous struggle that unfolds behind the scenes as Miyazaki, inspired by a new medium, wrestles with CGI for the first time. 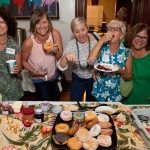