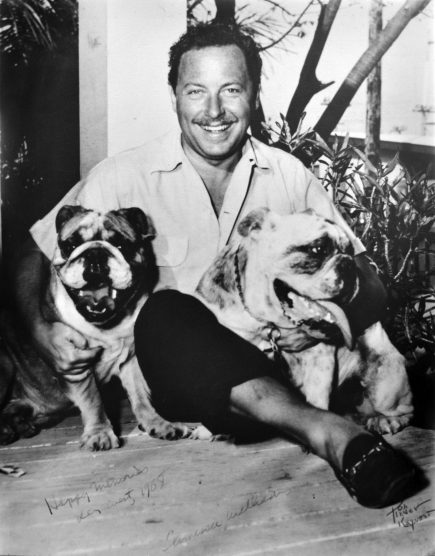 Tennessee Williams was one of the most admired playwrights of the 20th century. While he wrote fiction and motion picture screenplays, Williams is most widely known for his plays, which are chiefly set in the South. Several of his plays including, A Streetcar Named Desire, The Glass Menagerie, and Cat on a Hot Tin Roof are considered among the finest of the American stage. For more than 30 years, Williams lived and wrote in a cottage on a quiet Key West street. As a form of relaxation, he took up oil painting on his patio, often sketching friends, acquaintances, and characters from his plays.

Born Thomas Lanier Williams in Columbus, Mississippi in 1911, Tennessee began writing at an early age, immediately revealing his creative ability. He spent a number of years traveling throughout the country trying his hand at writing. Eventually, his travels brought him to Key West for the first time in 1941 at age thirty. Williams ultimately purchased a clapboard Bahamian cottage on Duncan Street following his first major successes, The Glass Menagerie and A Streetcar Named Desire. His house, located at 1431 Duncan Street, consisted of the main residence, guest cottage, swimming pool, and one-room writing studio he called the ‘Mad House’.