Jefferson B. Browne was born in Key West in 1857. During his lifetime, he held a series of positions on the island, mainly in the government sector. This talk will not only discuss several of his career highlights, but it will also detail the transitional period in the island’s history.

Browne attended a number of educational institutions before he studied law and passed bar exams in Iowa and Florida by 1878. He entered public service in 1880 as the city attorney for Key West, then county attorney for Monroe County. In 1890, he ran successfully for public office as a state senator. In his first legislative session, he was voted senate president. In 1904, he was elected a member of the Florida Railroad Commission and served as its chairman for four years.

Browne wrote and published a history of his native city in 1911. He presented a copy of his book to the Florida Supreme Court Library in 1917, and it is on display in the library’s reading room. He was also a frequent contributor to legal and literary magazines.

In 1916, he again successfully ran for office, this time as a Florida Supreme Court justice, and was elected at age 59. He was chosen by lot to be the chief justice in 1917 when he began work for the court. He served as chief justice through 1923, but two years later, he resigned to return home to Key West.

Browne’s last judicial position was as a judge of the Twentieth Judicial Circuit, in Key West, where he served from 1925 until his death.

Happy Hour with the Historian | Key West During the Civil War 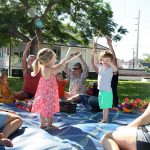 Littles at the Lighthouse