Mario Sanchez’s painted woodcarvings not only provide insights into an island rich in culture and traditions, but also illustrate the lives of real people from widely diverse backgrounds, living together in America’s Southernmost City.  Mario spent most of his life in Key West.  His work reflects his often-stated belief that ‘every generation should tell the next one about its ancestors.’

A Folk Artist is Born

Mario Sanchez was born on October 7, 1908 in the Gato’s Village section of Key West.  After attending local schools, he graduated from business school and worked as a clerk.  For a short time, his family lived in Ybor City, near Tampa, where he met and married Rosa de Armas.  However, Mario’s heart was always in Key West and, in 1930, he and Rosa moved back to the island.  For many years, they spent the summer months in Tampa and their winter months in Key West, surrounded by family and friends. 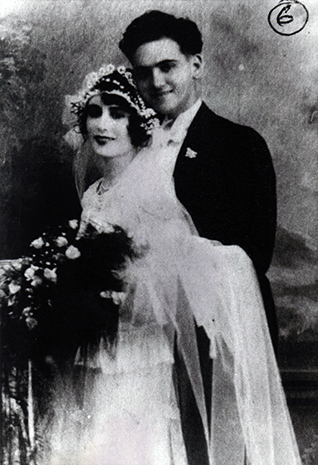 In the early 1930’s, Mario began to carve and paint small wood images of various local fish on pieces of boards.  He soon started carving street scenes of Key West life and characters.  Having never studied art in an academic setting, Mario taught himself, and as the years went by, his work increased in detail with an expanded roster of characters.  Sanchez chose his subjects from his friends and neighbors during the Great Depression. Even during those hard times every scene that Mario painted – including the traditional island funeral processions – are filled with life.  His characters, both two-legged and four-legged, were real and quickly recognizable by name to every inhabitant. 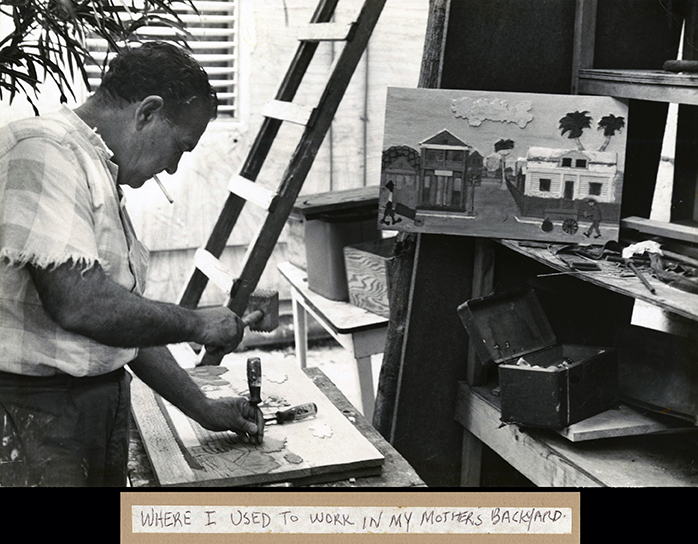 Mario's Studio Under the Trees

Sanchez worked quietly, creating his art at his home in “Mario’s Studio Under the Trees,” as designated by a hand-painted sign nailed to a mango tree. For over 70 years he carved and painted scenes of Key West on boards of pine and cedar. His style as a self-taught artist describes the simple life and the activities that he remembered as a child growing up in Key West: flying kites, spinning tops, parades, and passing the time rocking on front porches. His memory of events was precise and he often explained that he could not carve a scene that was not accurate because “you can’t just invent history.” During his career, Mario produced over 600 paintings and woodcarvings.
In 1985, the Florida Secretary of State and the Florida Folklife Council presented Mario with the Florida Folk Heritage Award. Ten years later, the State Folk Festival commissioned him to create a work as the official logo of the State’s sesquicentennial. There have been many exhibitions of his work throughout Florida and a number in Key West in the past fifteen years.
Mario Sanchez died in Key West on April 28, 2005, six months before his 97th birthday. His funeral was as he had wished for and documented so many times in his paintings of island funerals: an African Bahamian band led the parade to the city cemetery with family and friends following behind the hearse.